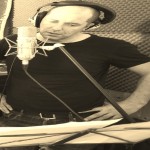 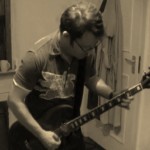 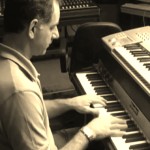 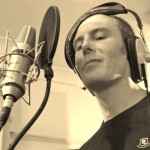 In 2004 the band held it’s Twentieth Anniversary gig at Bar Solo in Camden joined on this occasion by Micky Englert and  Steve Laffy resumed his role in the band on drums.

It came together so effortlessly that the boys decided to record together again. The resulting album was A Christmas Soul that featured well known Christmas covers reworked with guest vocalists  Susan Allotey, Angie Brown; Alexander Burke (under the pseudonym Alex Bell); Jenny Castillo;  Andrea Groves; Roy Hamilton;  Vanessa Haynes;  Wayne Henandas; Yasmin James; Anita Kelsey; Asi Munisi; Sandra Stephenson and  for the first time on an AM Band album Two solo performances from John and tracks written by Andy in 1989 for the soundtrack of his Christmas play “A Global Carol”.  Steve made his last appearance with the band on the album and accompanying live performance and on this occasion they were joined by Derrick Mcintyre on bass.  The whole recording was made even warmer and fuzzier when Andy asked his sister Katrina Rich to take part in the choir a role she has since repeated on several other recordings and live performances.

The album was launched at The Pigalle club in November 2008 and proceeds from this project have been donated to The Lowe Syndrome Trust.

The next album featuring brand new recordings was released in 2014 “The Loneliness of a Primrose Hill Singer”.

YOU WON’T EVER LEAVE ME – The Video Film project featuring original tracks from the band and Andy & the Other One.

The latest venture of the band has been to re-live some of the magical moments of Bowie …  The recent concert at Cargo featured Scott Hassler on Bass on loan from Austen’s band Saville Rowe and members of The Big Funk Corporation supporting Andy, John and Austen.