This band of happy reprobates that eventually evolved into The AM Band began it’s life with Andy in his early teens writing and performing scripts with original music compositions to go with them. Some might call these efforts musicals but Andrew would like it to be known he will kill anyone who does so. 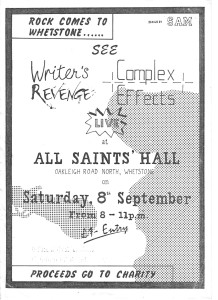 It was during this period that the first inglorious version of The Band that is AM came into existence in 1982 then titled Writers Revenge (named after One of Andy’s scripts) with fellow songwriter John Falcini who wasn’t consulted about the name and wasn’t that bothered.

In 1984 this incarnation became a short lived live band inducting Michael Katin on Guitar; Matthew Vaughan (Not the film producer) on Drums and on bass Mark Campbell. It lasted all of One shambolic gig held at The All Saints Hall in Whetstone. Living the dream Huh! 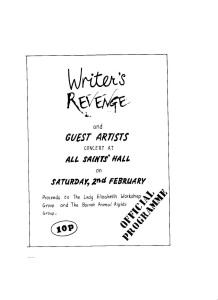 A second attempt led to gig a year later that had the band trying to outnumber the audience with a vast number of line-ups none of which were entirely successful but at least there were Two Hundred people there to witness their failure.

Two Bass players popped on and off stage Matthew Almer and Richard Maughan. The Drums featured Paul Brady and Pietro Dalmasso, The various guitarists were consecutively and simultaneously Austen Hornbrook; Mike Katin; Richard Maughan and Paul O‘Gorman. On keyboards were John Falcini; Andy Mitchell and Nick Peskitt.  Andy sang for most of the gig With some help from Susannah Behrens and John Falcini and there was the obligatory cliché of Eighties pop featuring on this Eighties grunge that was attempting to be pop featuring Paul Naggs on Saxophone. 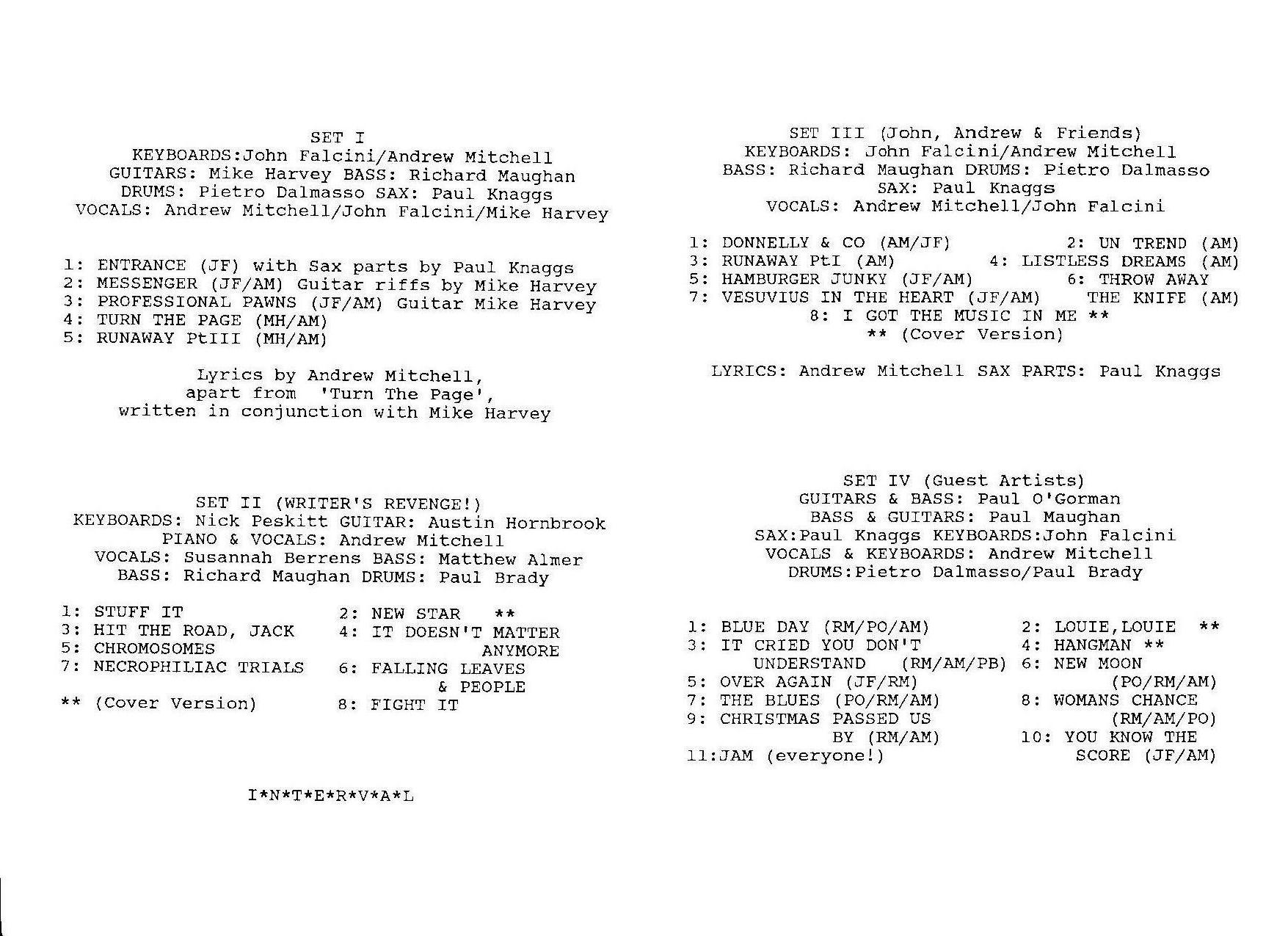 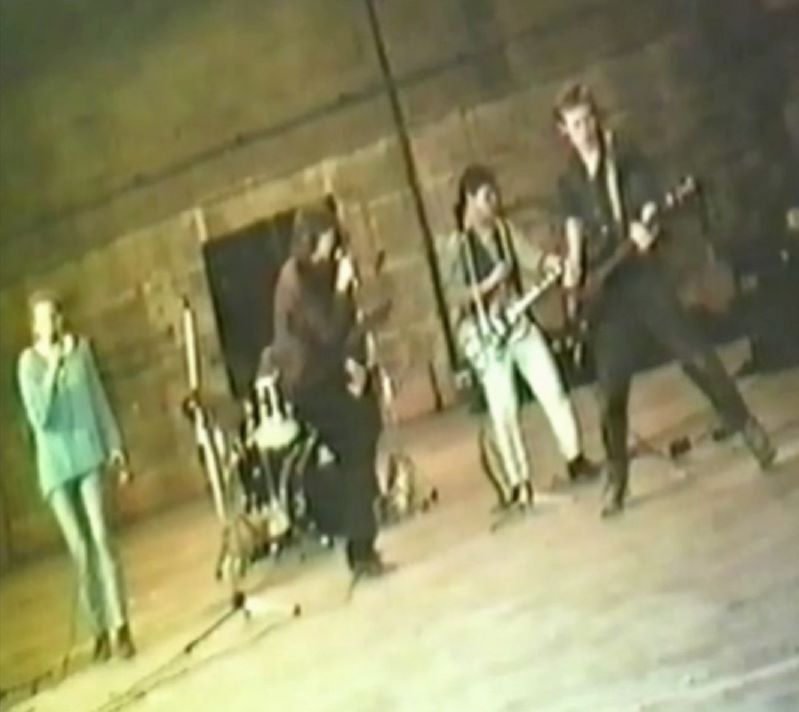 From this demented musical version of a Hieronymus Bosch vision came the slightly more stable line up of Andy on keys and vocals, (he had not at this time started making squeaky metallic noises on the Blues Harp); Austen on Guitar and Backgrounds; Richard Maughan on Bass and briefly session dazzler Simon Lupin on Drums. This was the first time that Paul Went AWOL and the group went through several difficult drummer less periods, occasionally tempered by people like Si who ostensibly had his short stay driven on by his libido fancying Susannah. John was still around but took a step back during this period whilst at this point Neil McDougall tentatively became embroiled in the band’s antics producing their first coherent demos.

The most notable moments were a  spot on Busk Aid, The Covent garden buskers answer to Live Aid, playing to an audience of Two thousand people. This made up for the numerous unspectacular performances of Three people and a Dustbin Truck on Andy & Austen’s other  extremely crappy busking adventures and playing at Frien Barnet Mental Hospital whose audience included ex Pink Floyd singer Sid Barrat.  Their performance of Necrophiliac trials 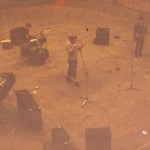 led to them nearly being committed. However they were eventually released to wreak more havoc as part of the care in the community scheme.

By this time Paul had begun his penultimate stint in the band but after recording their second fully fledged demo on a stage at Elstree Film Studios and being filmed there by a camera man with wobbly balance the line up altered again. First was the arrival of Pete Pittman Who after filling in for Paul on a sound check at The Rock Garden then joined the band when Paul’s customary Spring migration found the group requiring a new guy on kit.

Finally the band had a committed drummer the impact of this was that he urged Andy to bring in a new bassist. After a protracted period of limbo Andy Tristram was inducted and the rhythm section was beginning to sound a bit like a … well a Rhythm section. Also Andy had stopped playing keys live, Thankfully, and was desperate to bring in his mentor Neil to complete the line up.