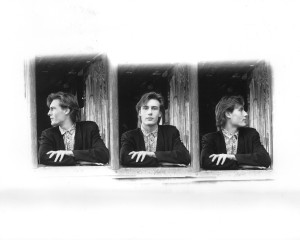 One week later and Andy & Neil created the next version of this ongoing … saga Wooden Mac. During this period the duo were greatly influenced by the wonderful Sunday Night Carnarvon Castle Pub regulars The Shakey Vic Band and the discovery of John Landis’s un-aptly named The Blues Brothers. (They mainly sang Soul, therefore should have been called the Soul … oh I see now) Neil and Andy’s 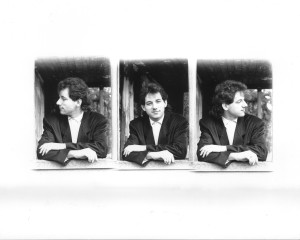 musical vision was to create virtually dry recordings, in a dry studio with no reverb whatsoever oh and some real instruments. Played by real people. This at a time when most contemporary records appeared to have been mixed  at the bottom of well  and the charts featured a variety of Blonde Ex Nazi Youth look alikes, Little girls perform plasticized versions of aged classics given that special ingredient of no feel whatsoever  and   odd inanimate muppets occasionally looking at a DX7.  So  perhaps the somewhat derivative Seventies style of Wooden Mac’s recordings were unlikely to stimulate a great deal of industry interest, but these efforts did lead to a different direction and led to the Frankenstein creation of The AM Blues Band consisting of Dave Stevens on Bass; Brian Ward on Guitar and Daniel (Swiss something or other) on Drums melded with Wooden Mac, Andy, Austin & Neil with the addition of John adding to the vocals in the studio

Amazingly the summer of 1988 spawned an interest in blues. Younger people were actually attending blues gigs and there were even young females in the audience. Yes not since 1966 had this happened and in fact a number of the performers in 1988 had been playing Blues then. As implausible as it seems Blues was fashionable for about Fifteen minutes. However finding the Blues scene and tunes based around the Twelve Bar chord sequence a little restrictive the direction changed again with another new line – up and yet another name for a band that ostensibly featured the same consistent elements on guitar, keyboards and vocals.